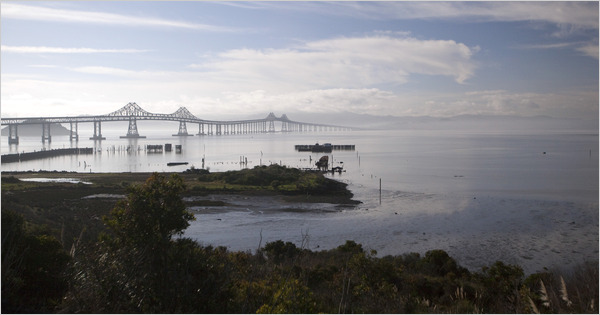 The New York Times says all 109 federally-recognized tribes in California could try to open casinos in urban or off-reservation areas despite a lack of strong evidence for that claim. The paper reports on the Guidiville Band of Pomo Indians, whose plans call for a casino in Richmond, about 100 miles from tribal headquarters. The tribe was restored to federal recognition in 1991 -- after the passage of the Indian Gaming Regulatory Act of 1988 -- and it's eligible for an exception in the law, which otherwise limits gaming to existing reservations. But while the Times says all 109 tribes are "potentially eligible" for exceptions, the overwhelming majority are not. Those that have already entered the Indian gaming market have opened casinos on existing reservations, precluding them from claiming to be a restored or newly recognized tribe. A handful of tribes -- around two dozen -- are eligible for an exception because they were terminated by Congress and restored to recognition in the 1980s and 1990s. Of those, none have so far succeeded in opening a casino in an urban area. However, one restored tribe -- the Lytton Band of Pomo Indians -- was able to open a casino in the Bay Area. But the tribe did not pursue an exception because it received the gaming site under an act of Congress. Several restored tribes have opened casinos but in areas close to or within their original reservations. The main example is the United Auburn Indian Community, whose land-into-trust application was approved in 2002. Since then, only one other restored tribe has advanced in the land-into-trust process. The final environmental impact statement for the Federated Indians of Graton Rancheria was issued back in February 2009 but the record of decision has not been issued. The Guidiville Band is in the beginning stages of the process. The Bureau of Indian Affairs so far has only released a draft environmental impact statement and environmental impact report for the tribe's proposed casino at Point Molate in Richmond. As for the other exceptions in IGRA, no California tribe has been able to open a casino in connection with a land claim. And California tribes aren't eligible for the exception that applies to Oklahoma tribes. Two California tribes that weren't eligible for an exception sought an off-reservation casino but it was rejected by the Bush administration. The Obama administration hasn't taken action to change a policy that makes it nearly impossible for tribes to open casinos away from existing reservations. Get the Story:
Plan for Casino in Richmond Raises Fears of a Bad Precedent (The New York Times 2/12)
Advertisement