Tuesday, April 3, 2018
It took a lot longer than expected but Adolph Nagurski, a late Code Talker from the Navajo Nation, has finally been recognized for his service to the United States. As a member of the U.S. Marine Corps, Nagurski was among hundreds of Navajo citizens who used their language to transmit, receive and translate codes during World War II. Military officials credited their system -- which was never broken by foreign enemies -- with helping the U.S. and its allies achieve victory in the Pacific Theater. But like his fellow recruits, Nagurski kept his wartime service a secret. Even though the Code Talker project was declassified in 1968, their story didn't become more well known until Congress recognized the heroes with gold and silver medals. "Maybe Japan is listening," the late John Brown Jr., who was one of the original Code Talkers, said in English after delivering a passage in his language during a ceremony at the U.S. Capitol in July 2001. The 29 original Code Talkers, who were the ones who actually developed the code, were awarded gold medals for their efforts. The hundreds who followed in their footsteps -- like Nagurski -- were to be presented silver medals. From left: Sen. Martin Heinrich (D-New Mexico), Navajo Code Talker Thomas H. Begay, Benjamin Nagurski, President Russell Begaye, Navajo Nation Speaker LoRenzo Bates at the New Mexico Veterans' Memorial in Albuquerque on April 3, 2018. Photo: Office of the President and Vice President / Navajo Nation
Except Nagurski, who enlisted when he was only 17, never got his. Though he wanted to attend a follow-up ceremony on the reservation in 2001, he never made it due to health issues, according to Sen. Martin Heinrich (D-New Mexico). That left him without his medal for more than a decade. He passed away in New Mexico in 2013, at the age of 88, and Heinrich, who heard about the oversight last fall, made it his purpose to ensure Nagurski wasn't forgotten forever. “When I realized in October that Adolph Nagurski never received his silver medal, I immediately began the process of securing the medal that he and his family deserved," Heinrich said on Tuesday. “There were many obstacles, however, the determination to recognize and honor Adolph Nagurski and his family was more important. The Navajo Code Talkers and their families deserve great recognition for winning World War II.” 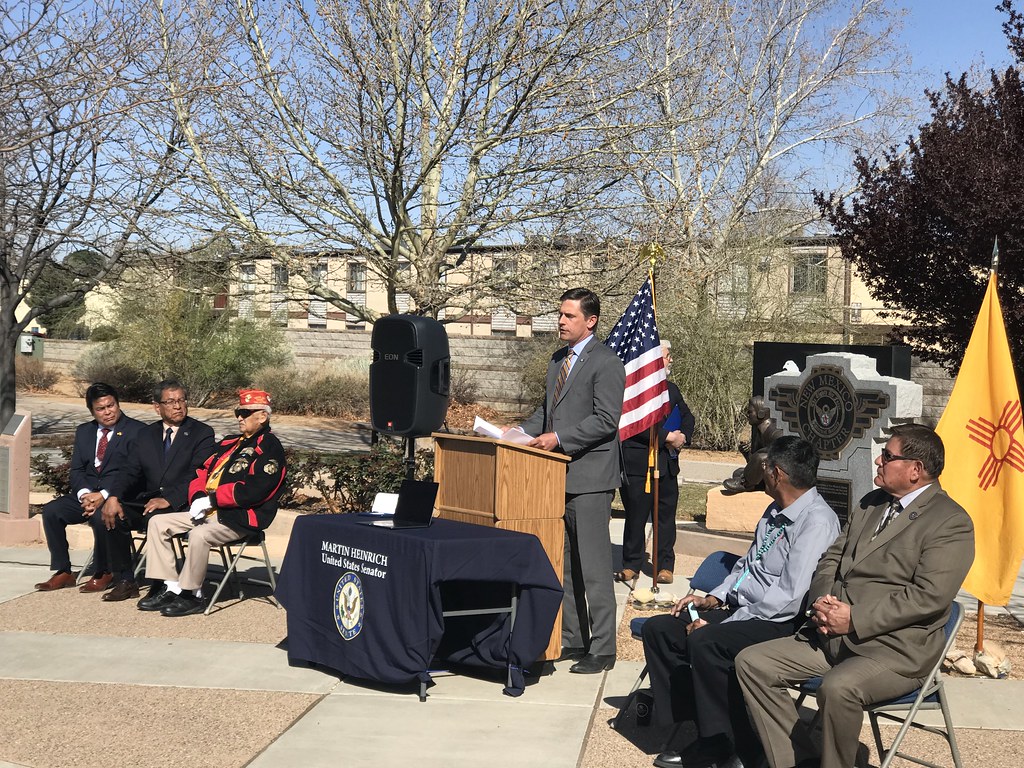