These Wilma Mankiller candidate designs were developed for the 2022 American Women Quarters Program. Images: U.S. Mint
US Mint honors national influence of Chief Mankiller
By Principal Chief Chuck Hoskin Jr.
Cherokee Nation
cherokee.org
The late Principal Chief Wilma Mankiller, the first woman elected to serve as chief of the Cherokee Nation, is widely remembered for her courage and resolve. Those hallmarks are why the U.S. Mint has chosen our tribal nation’s former leader to be featured on quarters starting next year. She’ll join other pioneering women who are being similarly recognized in the American Women Quarters Program, a four-year celebration of the accomplishments made by women leaders to our country. Chief Mankiller absolutely deserves this prestigious national honor. She did so much to elevate Native American tribes and tribal issues in this country. In an age when elected leadership at the tribal level was dominated by men, Chief Mankiller rose beyond her era’s gender limitations to lead Cherokee Nation. She guided us with strength and diplomacy through a pivotal time when our tribe was stepping into self-governance after decades of suppression by the U.S. government. Chief Mankiller stood up for tribal sovereignty and treaty rights. She fought for civil justice and equality, and she promoted self-sufficiency among Cherokee people. She was bold in what she expected of the United States government: provide the resources it was obliged to provide, and then get out of the way of the Cherokee Nation so that we could chart our own destiny. 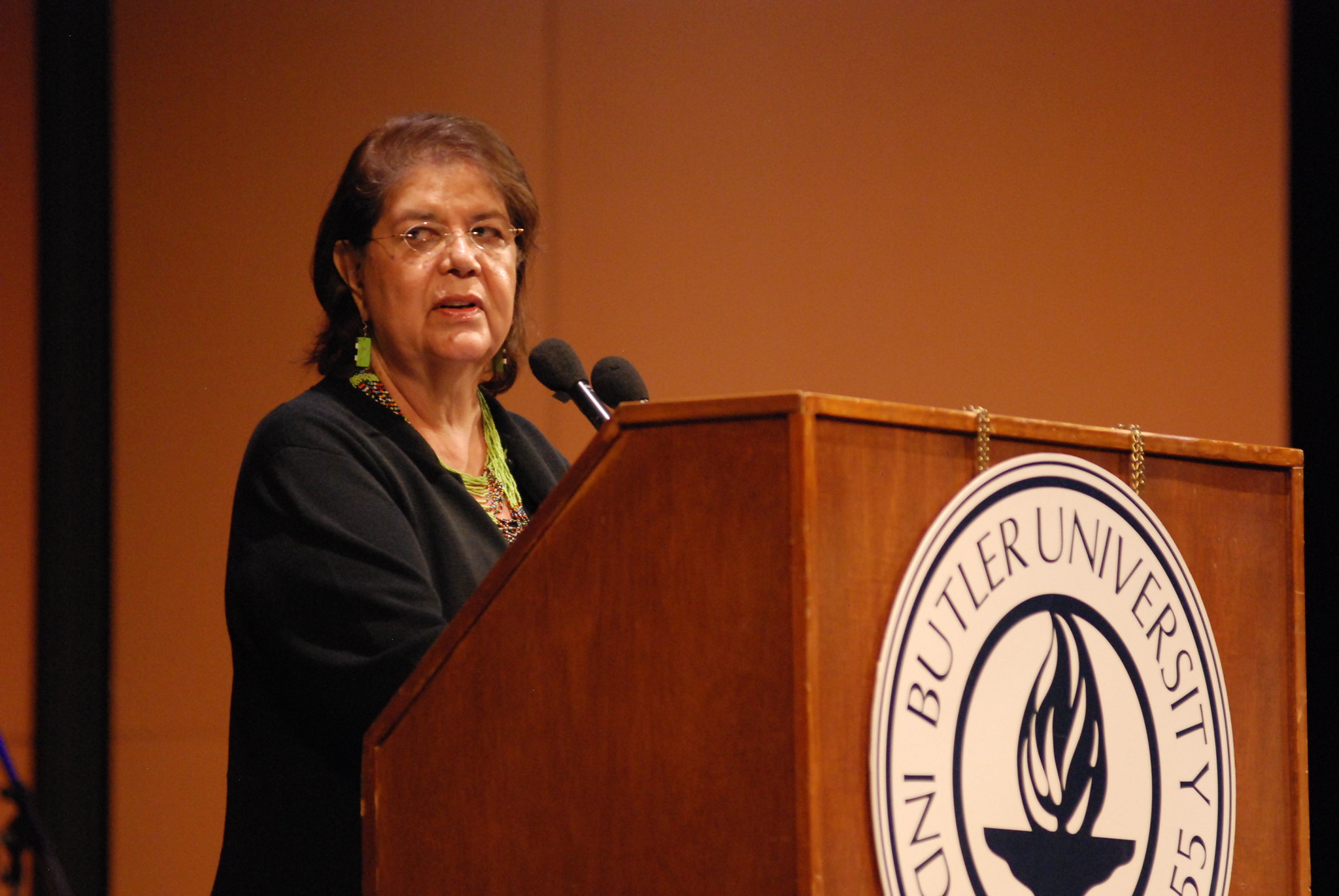 She was a champion for Indian Country, even beyond the Cherokee Nation. Chief Mankiller started her career as a social worker in California, where she moved from the Cherokee reservation at age 10. She became an activist and was part of the Alcatraz occupation of 1969 that brought attention to treaty rights and global Native issues. Later, her tenure as deputy chief and then principal chief laid the foundation for Cherokee Nation Businesses’ successful gaming and hospitality arm. She opened new revenue streams and created good jobs for the tribe. At the same time, her administration constructed health clinics, invested in educational opportunities for Cherokee youth and expanded water infrastructure on the reservation. One of the many things I admire about Chief Mankiller is that she was a beacon for girls and women of all ages and races, including her own daughters. She sparked dreams in a younger generation about what was possible. She was devoted to her home and family here in the heart of the Cherokee Nation reservation. She was a woman who did amazing things on a global stage, but she also always remembered where she came from and stayed true to her personal story.

We are extremely proud that she is to be forever honored by the American Women Quarters Program, alongside dignitaries like poet Maya Angelou, astronaut Sally Ride, suffrage leader Adelina Otero-Warren and actress Anna May Wong. Strong women have made innumerable positive contributions throughout our country’s history, and Chief Mankiller certainly belongs at the top of any such list.