Tim Giago. Photo courtesy Native Sun News Today
Notes from Indian Country
Separating the wheat from the chaff
By Tim Giago (Nanwica Kciji – Stands Up For Them)
There was a Catholic Priest at the Holy Rosary Indian Mission on the Pine Ridge Reservation in the late 1930s and 1940s who was also a great photographer. His name was Father Zimmerman. He traveled to all of South Dakota’s reservations taking photos of people, mostly of entire families. Most of the photos he took are archived at Marquette University in Milwaukee, Wisconsin. The only family photos I have are those taken by Father Zimmerman. He was in Kyle on day and got our entire family, except my dad, lined up for a photo shoot. But this is what he did all over Indian Country. I am sure that if you could supply the people at Marquette with enough information, they might be able to find one of your own family photos that Father Zimmerman took. 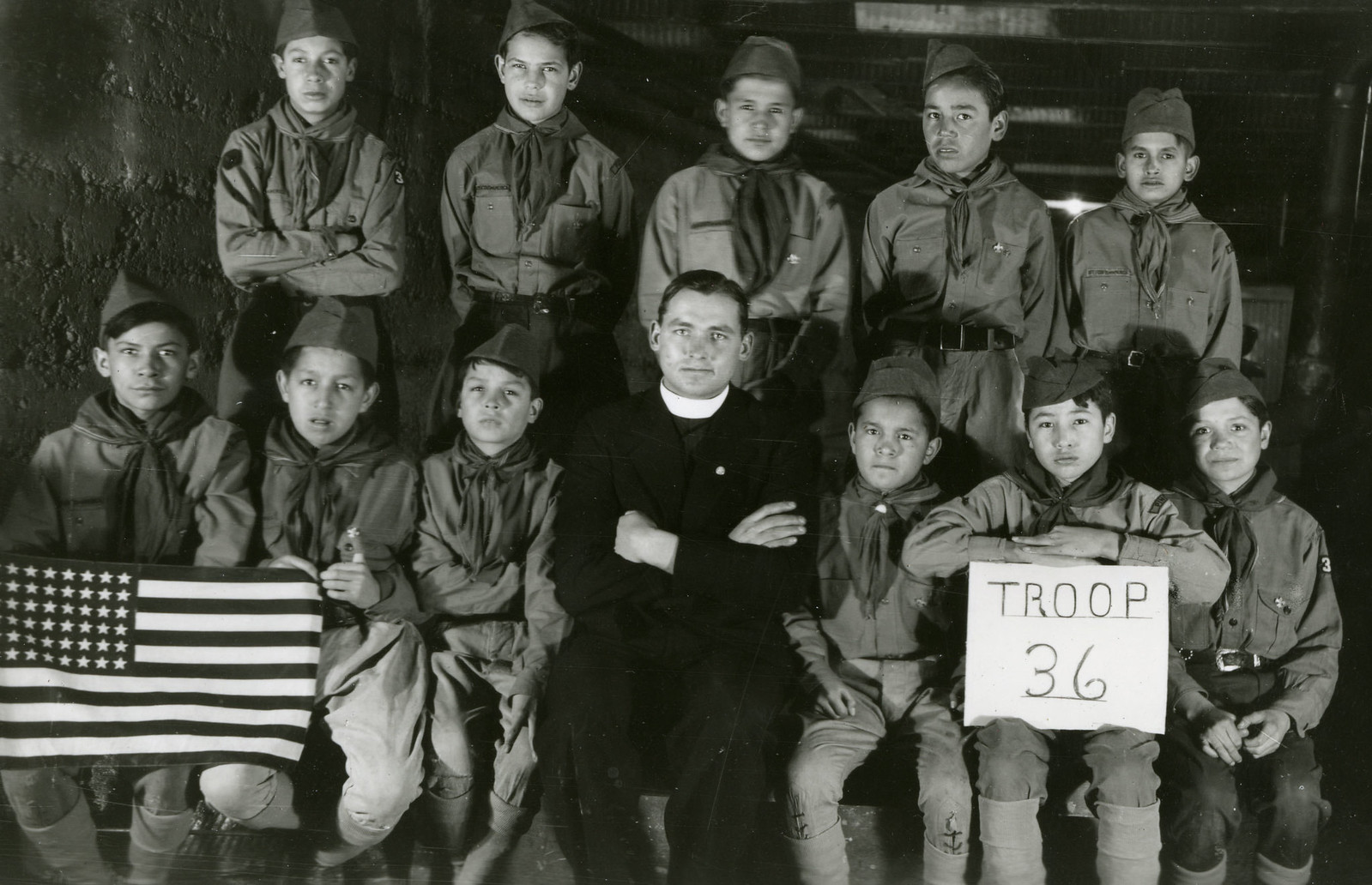 I often write about the Holy Rosary Mission Boarding School and most often I only write about the bad things. But there were also some good people who worked and taught at the school. As I just mentioned, Father Zimmerman was one of them. Probably one of the most loved priests by the Mission boys was Father O’Connor. He was an elderly priest who just happened to be one of the kindest also. He always had some candy stashed in his black robe to slip to the boys whenever he happened to be in the boy’s section of the school. There was also a priest named Father Meyers who always had a smile and a friendly approach to the boys. My first grade teacher was Sister Veronica. She was a good teacher, but she was the first one to ever give me a beating with a ping pong paddle. I had never been spanked before then. My second grade teacher was Sister Patricia. She also was very kind and even in her black habit one could see that she was also very beautiful. Brother Schlinger was the man who planted and harvested from the massive garden that was known as Schlinger’s Garden by the boys. Many a time we snuck under the fence of the garden to swipe a few veggies. His tomatoes were especially tempting and delicious. Brother Schlinger was loved by all of us. There was Brother Bauer, the man who cared for the cattle and chickens, Brother Gross who was the welder and all-around handyman and there was the Father Superior, Father Collins, who was also well respected by the boys. My point is there were some very fine nuns, priests and brothers at the Mission. But it was the few rotten apples that most of us remember. I had a teacher named Sister Helenita in the 4th grade. She is best remembered by me because she used a part of her class to read from a book of her choosing every month. She taught a late class at 6 p.m. and she used this class to read the classics to us. She caused me to find a joy in reading. Basketball Coach Bob Clifford, a Lakota man, was the school’s barber. One day after he cut my hair he said he had a job for me. Starting the next day he started to teach me how to cut hair. I soon became the school’s barber so that Coach Clifford would have more time to devote to his basketball teams that were becoming some of the greatest teams in the state. I ran into the Coach’s son Gerald, we called him Plum at the boarding school, in Boulder, Colorado many years ago. Plum was managing a consulting company called ACKO, Inc. back then. The name of his company was comprised of his partners in the enterprise, Artichoker, Clifford and Killer. Plum and I stopped at one of the college campus bars for a beer and after we had tossed down a couple we suddenly broke into the fight song of the boarding school. “Rah, blue and white, we’re going to fight for you; rah blue and white, with all our might we’re going to see you through” and so on and so on. Just shows that you can get the kid out of the boarding school, but you can’t get the boarding school out of the kid. It just goes to show that there were some good people at the boarding school and there were some pretty good songs also. For this particular column I will put aside thoughts of the bad ones and just remind myself of the good ones. Contact Tim Giago at najournalist1@gmail.com Note: Content &copy’ Tim Giago
ShareTweet
Advertisement