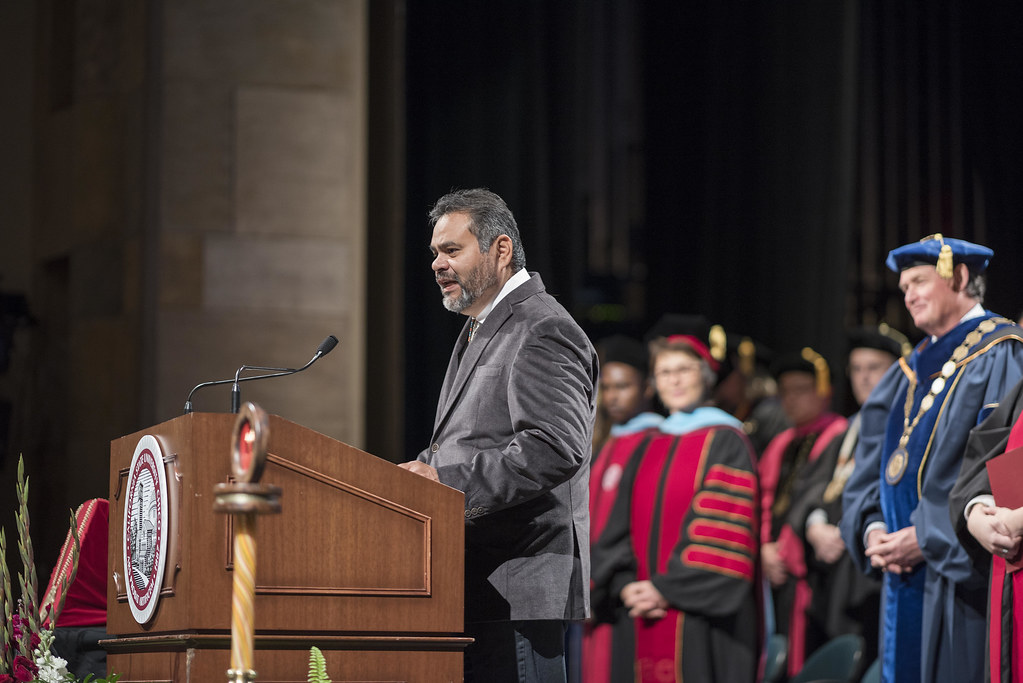 Friday, April 20, 2018
The Mechoopda Tribe is still willing to sit down with local opponents to discuss plans for a long-delayed casino in northern California, Chairman Dennis Ramirez said. The tribe secured victory in the protracted battle when the D.C. Circuit Court of Appeals upheld its land-into-trust application. Ramirez told The Chico News & Review that he hopes the battle is over. "People are saying enough is enough," Ramirez told the paper, echoing the words of a federal judge in another tribal homelands case.
Indianz.Com on SoundCloud: D.C. Circuit Court of Appeals Butte County v. Chaudhuri
The tribe plans to build a casino on a 645-acre site in Butte County. The land falls within 10 miles of the Chico Rancheria that the tribe lost when it was terminated by the federal government. It also lies within a reservation that would have been set aside for the tribe had a late 1800s treaty been ratified instead of hidden away in Washington, D.C. Due to the illegal disbandment of Native American tribes in the mid-20th century, the Mechoopda lost the majority of their rancheria, which occupied about 25 acres in the heart of Chico," The Chico News & Review wrote in an editorial. "So, they designated land that their ancestors felt tied to as an adequate alternative location for a casino to help members of their tribe and add to the economic vitality of the region." The county hasn't officially determined its next step. It could ask the D.C. Circuit to rehear the case or ask the U.S. Supreme Court to overturn the favorable ruling. "The county needs to abandon the fight and quit throwing taxpayer money away on lawyers and insulting reports," The Chico Enterprise-Record said in an editorial. An "expert" report submitted as part of the land-into-trust process claimed the tribe wasn't legitimate. The Bureau of Indian Affairs placed the land in trust for the tribe in February 2014. The agency had arrived at the same decision in May 2008, during the Bush administration, but the county's lawsuit forced another look at the application. Turtle Talk has posted documents from the case, Butte County v. Chaudhuri. Read More on the Story:
Casino inches forward (The Chico News & Review April 19, 2018) Some Opinions:
Editorial: Enough is enough (The Chico News & Review April 19, 2018)
Editorial: Butte County’s wrongheaded and expensive fight against casino must end (The Chico Enterprise-Record April 19, 2018) D.C. Circuit Court of Appeals Decision:
Butte County v. Chaudhuri (April 13, 2018) Prior D.C. Circuit Decision:
Butte County v. Hogen (July 13, 2010) Federal Register Notice:
Land Acquisitions; Mechoopda Indian Tribe of Chico Rancheria of California (February 27, 2014) National Indian Gaming Commission Indian Lands Opinions:
January 24, 2014 | March 14, 2003
Join the Conversation
Related Stories
Mechoopda Tribe looks forward to casino after securing court victory (April 17, 2018)
Mechoopda Tribe scores victory in long-running fight over homelands (April 13, 2018)
Advertisement