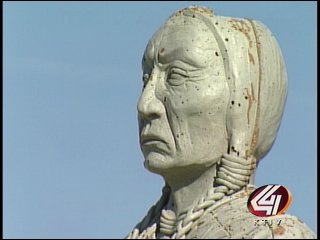 "Symbols of pride and a rich history are found in Winnebago, Nebraska. The Village of Winnebago is home to about a thousand people. About 2,600 live on the Winnebago reservation. "I guess this is now the homeland, as we call it having been moved, actually it was 5 times in 25 years that we were moved in the 1860s," said John Blackhawk, Tribal Spokesperson. "We moved here ourselves from Fort Thompson, South Dakota," said Jerome Lapoint, Tribal Member Though it's been more than 140 years since they moved here, the village itself just celebrated its centennial. It's a community that's seen a lot of change. "Just about everything is new in town! You know over the past 15 years we've done a lot of work," said Lapoint. Ho-Chunk, the development arm of the tribe, has helped bring in new businesses." Get the Story:
Our Hometown: Winnebago, NE (KTIV 8/18)
This story is tagged under: