Tuesday, December 12, 2017
A years-long effort by tribes is coming to fruition as the Trump administration prepares to return the Office of the Special Trustee for American Indians (OST) to its familiar roots. Congress established the OST in 1994 to address long-running concerns about the mismanagement of billions of dollars in Indian trust funds. The goal -- as tribes saw it -- was to ensure the Bureau of Indian Affairs lived up to its trust and treaty responsibilities. But the situation shifted when the OST, during the George W. Bush administration, transformed into a massive new bureaucracy. Rather than simply oversee trust reform at the Department of the Interior, the agency began to implement those initiatives, taking big chunks of the BIA's budget and staff along with it. As a result, the OST grew from a small operation in the late 1990s to one with a huge budget that peaked at $223.3 million in 2007. During the last year of the Clinton era, Congress had only provided the agency with $90 million. But major changes are in store now that the Trump administration is proposing to transfer the OST to the BIA, where its programs, employees and funding originated more than 20 years ago. Consultations are taking place on Wednesday and Thursday to ask tribes if they are on board. Many, particularly those from the Pacific Northwest, are indeed supportive of the effort. Tribes were behind the enactment of H.R.812, the Indian Trust Asset Reform Act, which became law in June 2016 despite some resistance from the Obama administration. Some in fact would prefer to see the OST disappear altogether and have its functions realigned within the BIA. But after holding a series of listening sessions and consultations late last year, Interior plans to keep the agency's structure in place while placing it under the authority of the Assistant Secretary for Indian Affairs, the political official who oversees the BIA. "Based on consultation feedback, the Department determined that the most appropriate place for OST's core functions is to remain with OST as a permanent organization," a November 8 notice in the Federal Register states. "To ensure fully integrated Indian policy and programs, we propose to realign OST to report to AS-IA." 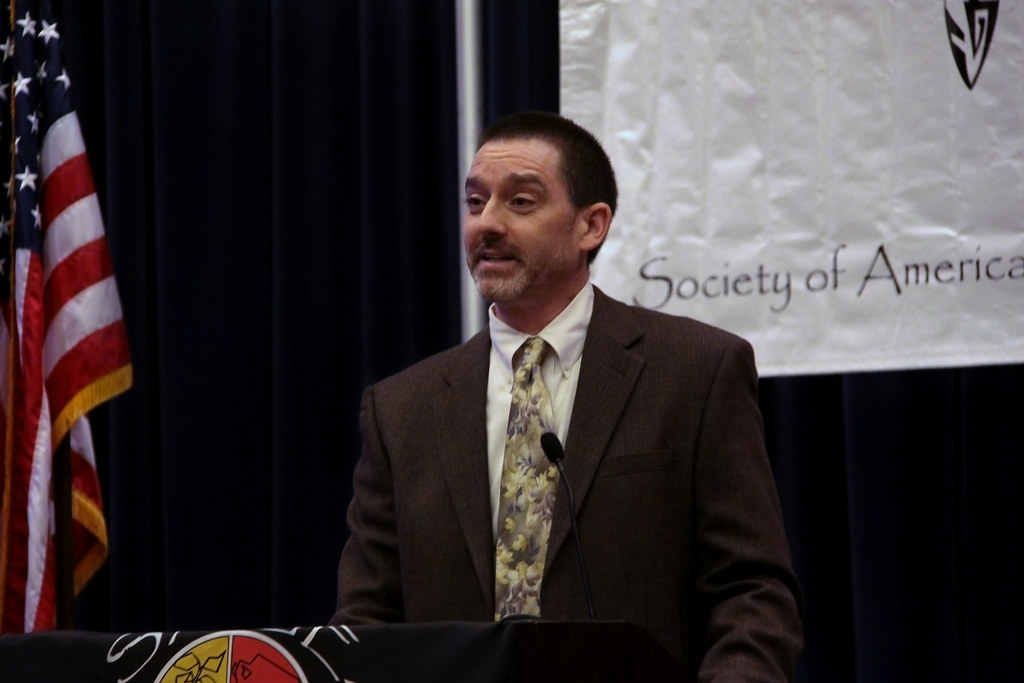 The change still marks a significant victory for those in Indian Country who pushed for passage of H.R.812, also known as ITARA. Ironically, the effort will be overseen by some of the same officials at Interior who were there during the dramatic expansion of OST a decade ago. Deputy Secretary David Bernhardt and Associate Deputy Secretary Jim Cason held senior political positions at the department during the Bush years, when tribes complained that the BIA was being punished at the expense of trust reform. And, according to the Federal Register notice, the transfer will be happening soon -- sometime before the end of fiscal year 2018 next October. That's where another familiar figure comes in. "To meet the two-year deadline required by ITARA Section 304(a), the Department proposes transferring the OST to AS-IA in FY 2018 via a Secretary's Order," the document, which was signed by Jerry Gidner, a citizen of the Sault Ste. Marie Tribe of Chippewa Indians who is serving as the "acting" Special Trustee for American Indians, reads. Gidner previously served as the director of the BIA until he was forced out early on in the Obama administration after he attempted to resolve an unusual workplace harassment situation. Though the BIA director's position is a career, not a political job, he was seen at the time as an ally of the then-Republican administration, entrusted to carry out their directives during the final years of the Bush era. Gidner, who was named "acting" Special Trustee by the Trump team on August 1, will likely be the last person with that title. According to the Federal Register notice, the position will be eliminated and the new OST will be headed "temporarily by the Principal Deputy Special Trustee." "Subsequently, the Department plans to appoint a career executive to act as the Director of OST," the notice reads. Tara Sweeney has been nominated by President Donald Trump to serve as the Assistant Secretary for Indian Affairs. Photo:Frode Overland Andersen / Utenriksdepartementet UD
The pending return of OST to the BIA means the new Assistant Secretary for Indian Affairs will have a lot on her plate, assuming she is confirmed by the Senate. Tara Sweeney, who was nominated by President Trump in October, would be the first Alaska Native to hold the job and only the second woman in its history. The Senate Committee on Indian Affairs has yet to hold a confirmation hearing for Sweeney or for Robert Weaver, whom Trump has nominated to serve as the director of the beleaguered Indian Health Service. Though time is running out before Congress goes on break for the holiday, the committee might still move forward with a hearing this month. "Confirmation hearing dates have not yet been confirmed or announced, but the committee is working closely with the administration and nominees to get the confirmation process underway," a Republican staffer told Indianz.Com. "We are hopeful that we’ll be announcing at least one confirmation hearing date in the near future." Sen. Tom Udall (D-New Mexico), the Democratic vice chairman of the committee, has been soliciting input on both nominees amid the inaction. “Both of these individuals are nominated for positions that have a direct impact on the ability of the federal government to fulfill its trust obligation to tribes, and I want to hear what people in Indian Country have to say about Mr. Weaver and Ms. Sweeney’s professional qualifications, management experience, and commitment to working directly with Native communities and maintaining the government-to-government relationship with tribes," Udall said in a press release on November 22. Democratic staff on the committee also told Indianz.Com that at least one hearing was in the works in the near future. The Senate has until the end of the 115th Congress in December 2018 to take action on the BIA and IHS nominees. If that doesn't happen, Trump would be required to submit the nominations again. The last Senate-confirmed Special Trustee for American Indians was Vince Logan, a citizen of the Osage Nation who served under former president Barack Obama. Obama had delayed the naming of a Special Trustee for more than three years, with former Secretary of the Interior Ken Salazar telling Indianz.Com that the administration was waiting for the $3.4 billion settlement to the Cobell trust fund lawsuit to be finalized before filling the post. As part of the settlement, Salazar created the National Commission on Indian Trust Administration and Reform, a panel composed of leaders and experts from Indian Country. Its members had called for the eventual "sunset" or elimination of OST, something envisioned when Congress passed the American Indian Trust Fund Management Reform Act in 1994. But two days before Trump took office earlier this year, former Secretary of the Interior Secretary Sally Jewell, who succeeded Salazar in the post, said she was keeping OST intact. In a January 18 letter to Congress, she said getting rid of the agency would be "very difficult." The consultations on the move of the OST to the BIA take place over the phone on Wednesday from 1pm to 4pm Eastern and again on Thursday from 9am to 12pm Eastern. The toll free call-in number for the consultation sessions is: (888) 324-2907, and the passcode is 9793554. Written comments can also be submitted through January 15, 2018, almost a year to the date of Trump's inauguration as the 45th president of the United States. Federal Register Notice:
Tribal Consultation on Indian Trust Asset Reform Act (ITARA) Sec. 304, Transition Plan for the Office of the Special Trustee for American Indians (November 8, 2017) Prior Federal Register Notices:
Waiving Departmental Review of Appraisals and Valuations of Indian Property (June 26, 2017)
Appraisals and Valuations of Indian Property (September 22, 2016)
Join the Conversation
Related Stories
Trump administration rolls out first rule under historic trust reform law (June 26, 2017)
Office of Special Trustee pitches President Trump’s lower budget request as 'taxpayer' savings (May 23, 2017)
Interior Department updates information about trust reform talks (August 3, 2016)
Interior Department consults tribes about new trust reform law (July 22, 2016)
Jay Daniels: New law takes us backward in serving Indian Country (July 18, 2016)
Major trust reform bill supported by Indian Country signed into law (June 22, 2016)
Tribes pressure President Obama to sign trust reform legislation (June 15, 2016)
Congress passes first comprehensive Indian trust bill in decades (June 10, 2016)
Advertisement