The 1921 murder of Osage Nation citizen Anna Brown by rancher William Hale occurred during the so-called "Osage Reign of Terror," a period of turmoil that is at the heart of "Killers of the Flower Moon", a best-selling book by David Grann. Photos: FBI
Arts & Entertainment | Law | National | Trust

'Killers of the Flower Moon' heads to the silver screen

Martin Scorcese, Leonardo DiCaprio attached to film based on book by David Grann
By Kevin Abourezk
@Kevin_Abourezk Jim Gray won’t forget. His parents made sure of that, naming him for a great-grandfather who fell victim to greed and racism, along with so many Osage people. Gray’s middle name is Roan, a nod to Henry Roan, who in 1923 was murdered on the Osage reservation for a $25,000 insurance policy and his mineral rights. Two men were later convicted of the crime, which was part of a wave of murders of Osage people. Gray – a former principal chief of the Osage Nation and the current chief of staff for the Sac and Fox Nation of Oklahoma – said his parents named him for his great-grandfather as a way to honor Henry Roan. “I believe in large part is was meant to remind me of my great-grandfather and what happened, to never forget it,” Gray said. “In a way, I’ve carried on that when I named my son Henry Roan Horse.” Roan, like so many Native Americans, was forced to change his name when he went to a boarding school. Roan Horse became Henry Roan. Because Roan was murdered on reservation land, his killers faced federal prosecution and the subsequent trials against them became the centerpiece of efforts to demonstrate a wider conspiracy to kill Osages for their mineral rights. An oil well in Osage County, Oklahoma, home to the Osage Nation. Photo: Tyson Luneau
In the 1920s, the Osage had become the wealthiest people per capita in the world following the discovery of oil on their lands. Like many tribes, the Osage had been forced to allow their lands to be allotted to individual tribal members. However, unlike most tribes, the Osage managed to retain the mineral rights to those lands. And they were able to get federal lawmakers to agree to prevent those mineral rights from being sold. They could only be inherited. The Osage’s newfound wealth brought predators in the form of outsiders who came to take advantage of them. Chief among them were a group of people known as the guardians. According to federal law, full-blood Osage were required to have guardians to manage their finances and disperse their money to them. The law was based on the premise that full-blood Indians could not manage their own finances. It led to a culture of graft and exploitation as guardians sought ways to profit from the people they were charged with protecting. Guardians often were businessmen who would report purchases made by their charges that had actually never been made in order to hide their own theft. Other guardians would force their charges to purchase goods from them at inflated prices. But eventually, some guardians began taking theft to another level, planning the murders of their Indian wards.

The Osage’s newfound wealth also attracted other opportunists, non-Indian men and women who came to marry tribal members in order to position themselves to inherit the wealth of their spouses, should anything happen to them. A recently released book, Killers of the Flower Moon by David Grann, documents the plight of one Osage family that suffered the loss of several of its members to murder and the efforts to find and convict the killers. Grann, author of The Lost City of Z, said he first learned about the murder of Osage for their mineral rights in 2011 and immediately decided to learn more about it. In summer 2012, he visited the tribe’s reservation in northeastern Oklahoma and stopped at the Osage Nation Museum, where he met the museum’s director, Kathryn Red Corn. She showed Grann a photographic exhibit that included a panoramic photo taken in 1924 during a ceremony that showed many members of the tribe lined up. But a panel from the long, horizontal photo was missing, and Grann asked her why. Red Corn told him because the panel included an image of a man people hated. “The devil was standing right there,” she said, pointing to the blank space. The exchange intrigued Grann and he decided to learn more. “That was when I really decided to try to do it as a book,” he said. “It really grew out of trying to understand that missing panel and understand who that figure was.” He began researching the events known as the Osage Reign of Terror, gathering documents from various archives, prisons that had housed men convicted of murdering Osage and federal agencies that had pursued the killers. He learned the crimes against the Osage were among the first crimes investigated by the Federal Bureau of Investigation and the subsequent convictions of the murderers helped cement the value of the newly established federal agency. Grann said he spent five years researching and writing the book because he wanted to tell the story right. His research eventually proved to him that his initial conception about the story was wrong. This wasn’t just an isolated case of murder or a singular mystery to be solved. Rather, it was a much broader tale of greed and deception that permeated nearly every level of society within communities populated by Osage. “It really became a story much more about a culture of killing, a much more disturbing story,” he said. He decided to focus on Mollie Burkhart, an Osage woman whose family was especially devastated by the wave of violence. He said he was impressed by her courage in seeking justice in the face of the monumental forces set against her. Martin Scorsese has said he plans to produce a movie based on Grann’s book. According to Variety, actor Leonardo DiCaprio will star in the film. A document from the FBI's Hale-Ramsey Murder Case file shows the connections between Anna Brown, her sister, Mollie Burkhart, and other Osage Nation citizens who were murdered at the direction of William Hale, a non-Indian rancher. Image: Oklahoman Collection at the Oklahoma Historical Society Photo Archives
Grann, whose book The Lost City of Z was also turned into a movie, said he’s hopeful a movie about the Osage murders will generate a national discussion about the murders and the greed that fueled them. “That greed was fueled with prejudice, and that was so deep and so ingrained and goes all the way back to the original sin from which the country was born and I think it allowed the perpetrators to not see their victims, their targets, as full human beings,” he said. He described the murders as a holocaust that led to the dispersal of Osage across the country as they attempted to escape the violence. Eventually, the Osage’s oil deposits were depleted, and federal law was changed to prevent non-Osages from inheriting mineral rights, effectively ending the wave of violence. Asked what role he thinks DiCaprio would have, Grann said he expects he would play the role of the primary FBI investigator who pursued the Osages’ murderers. “My assumption is he would play (Tom) White.” Jim Gray said Killers of the Flower Moon has opened old wounds within the tribe as people are forced to remember the senseless tragedy that affected nearly every family on the reservation. He said though the book focuses on one family’s fight for justice, dozens of families faced similar struggles as they sought answers to the mysterious deaths of their relatives. Many Osage who died during the 1920s died of strange causes such as a wasting illness that seemed to affect so many of the tribe’s citizens and car wrecks that many believed were engineered by assassins. Most of those mysterious deaths were never investigated, leaving generations of Osage to wonder what happened to their relatives and whether they would ever be truly safe themselves, Gray said. “For every one case that was investigated by the FBI, there were probably 100 that weren’t investigated by the FBI, and we’re left to feel the effects of those,” he said. “Those stories are the ones that are not told in these books and certainly not told from the Osages’ point of view.” 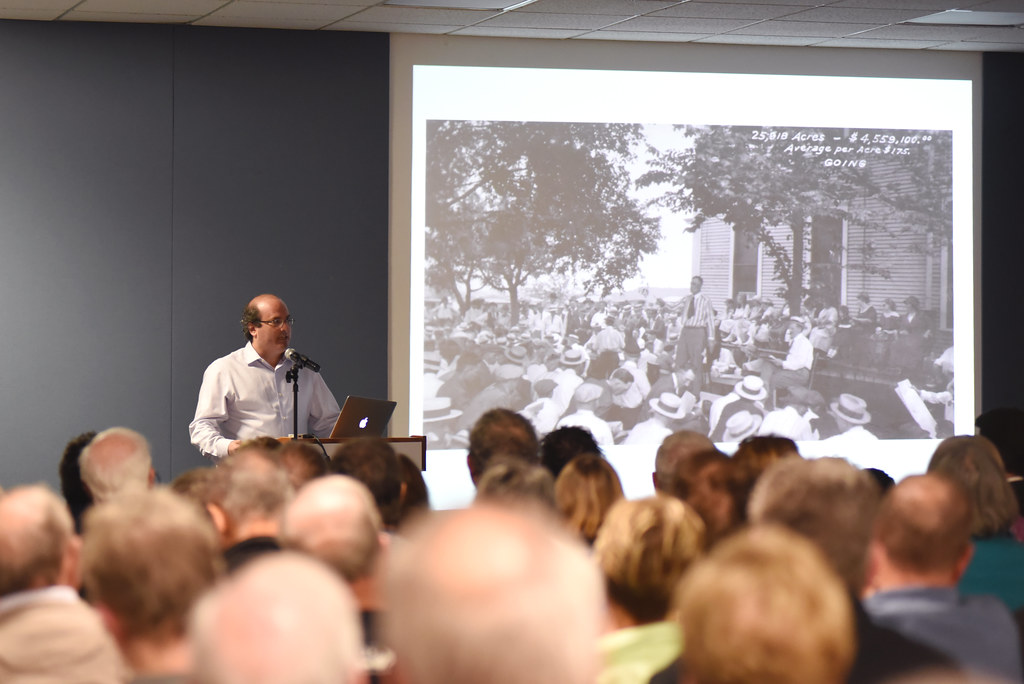 While he appreciates Grann’s book and the attention it has generated about the Osage Reign of Terror, Gray said he would prefer to see the Osage people tell the story themselves. He cited the work of two Osage authors, Charles Red Corn and Denny McAuliffe, who have written books about the murder spree. A former newspaper editor, Gray said it’s important for Native people to tell their own stories, to ensure they aren’t marginalized the way the Osage were in the 1920s when they struggled to get local and state law enforcement to investigate their mysterious deaths and stop the predatory practices of the guardians. He said he’s hopeful that Killers of the Flower Moon and the upcoming film based upon it will help educate mainstream America about the culture of murder and exploitation that existed in Oklahoma in the 1920s. He said the Osage managed to retain only a fourth of 2,229 original head rights (the term for the mineral rights issued to individual tribal members) issued to the tribe in 1906. And the impact of the Osage Reign of Terror continues today, he said, citing a 2011 settlement between the Osage and the U.S. government over the government’s mismanagement of Osage mineral profits. Of the $380 million awarded by the settlement, nearly a fourth of those funds went to non-Osage people who had inherited head rights from tribal members, he said. “This book is not telling Osages anything they didn’t already know about that case,” he said. “But maybe in the process of telling this book, it may give us Osages an opportunity to tell the larger story that isn’t in the book about how widespread it was.”
Join the Conversation
Advertisement