Wednesday, April 18, 2018
Update: The Supreme Court has posted the transcript for Washington v. U.S. With the U.S. Supreme Court taking up its third Indian law case of the term, tribes and their advocates are welcoming what appears to be a historic development. Tobi Merritt Edwards Young, a citizen of the Chickasaw Nation, will be serving as a clerk to Justice Neil Gorsuch. It's believed she is the first citizen of a tribe in such a role in the high court's 220-year-plus history. “It is difficult to overstate the significance of having a well-qualified, experienced Chickasaw such as Ms. Young serving as Supreme Court clerk,” Governor Bill Anoatubby said in a press release on Friday. The fact that Young was hired by Gorsuch, who is the newest member of the court, is also significant, Anoatubby noted. Tribes across the nation were among the jurist's strongest supporters as he went through the confirmation process last year. "As far as anyone [President] Trump could have nominated," said John EchoHawk, the executive director of the Native American Rights Fund, "I don't think he could have come up with anybody much better than Judge Gorsuch." Prior to his current role, Gorsuch served on the 10th Circuit Court of Appeals, whose jurisdiction includes Oklahoma, where the Chickasaw Nation is based, and other tribal-heavy western states. During his decade there, he sided with tribal interests 57 percent of the time, according to a comprehensive review by NARF, a non-profit that closely follows Indian law developments. Since joining the Supreme Court a year ago this month, Gorsuch has participated in three Indian law cases tracked by NARF. Of those, one has been decided so far and it was a victory for tribal interests. Gorsuch, however, was not among the majority that sided with the Match-E-Be-Nash-She-Wish Band of Pottawatomi Indians, also known as the Gun Lake Tribe. Instead, he joined a dissent which would have struck down the federal law that protected the tribe's land rights. But buyer's remorse is the furthest thing from the mind of Gavin Clarkson, a law professor and citizen of the Choctaw Nation. He said Gorsuch's stance in Patchak v. Zinke won't impact tribal interests. "Indian Country should not be concerned about the dissent in the case, as it involved technical minutiae regarding separation of powers and did not impact any core elements of federal Indian law," said Clarkson, who is now running for Congress in New Mexico after serving in the Trump administration last year.

Gorsuch and his fellow justices heard Upper Skagit Indian Tribe v. Lundgren, the second Indian law case of the term, last month. At issue is whether a land dispute in Washington can be resolved in state court without the involvement of Upper Skagit Indian Tribe, even though the tribe's ownership rights are directly impacted. During oral arguments on March 21, Gorsuch displayed his knowledge of Indian law by posing questions about the land-into-trust process that none of his colleagues asked. He also delved into a decades-old Supreme Court decision and got the opposing party to admit it shouldn't play a role in the resolution of the case. That line of thinking came straight from the tribe’s briefs. Still, it's anyone's guess how the Supreme Court will rule and where Gorsuch will end up. A decision is expected before the end of June. The third Indian law case on the docket is being heard on Wednesday morning. It coincidentally also originated from Washington state. At stake is Washington v. U.S. are the treaty rights of 21 tribes. They secured a major ruling when the 9th Circuit Court of Appeals held the state responsible for ensuring salmon can return to the "usual and accustomed" fishing sites that were promised in the government-to-government agreements. 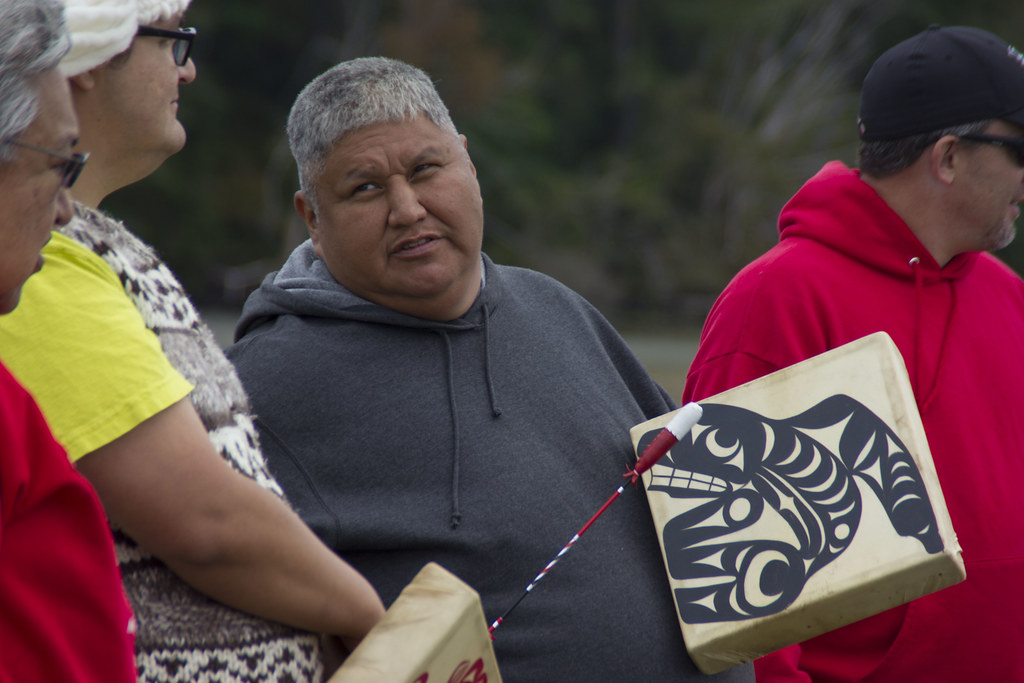 That victory is in doubt with the Supreme Court's acceptance of the case. The state, in its opening brief, argues that the 9th Circuit got it wrong by requiring fixes to hundreds of culverts that are believed to impede free passage of the fish. "A federal court ordering a state to spend money on projects that will make no difference flies in the face of federalism principles," state attorneys wrote in the brief. Fixes are expected to cost at least $2 billion in the long run. Noah Purcell, the state's solicitor general, will be presenting the case for Washington, according to the Supreme Court's schedule. He is going up against the federal government and the tribes, who are sharing argument time for the hearing, which is slated to last one hour. Allon Kedem, an attorney from the Department of Justice, will be presenting for the United States. He previously participated in Nebraska v. Parker, in which the Supreme Court ruled that the reservation of the Omaha Tribe was not diminished by Congress. "In this case, both text and context strongly support reading the Stevens Treaties as protecting tribal fisheries against substantial degradation caused by the state’s barrier culverts," government attorneys wrote in a brief, referring to the 19th century treaties at issue. "Just as the state cannot interfere with the right of tribal members to fish at their usual and accustomed grounds, neither can it render that right meaningless by obstructing and depleting the fish runs." William M. Jay will be presenting for the treaty tribes. According to his law firm, he has argued 15 times before the Supreme Court and participated in nearly 200 cases. "The state has known of the barriers for decades, yet responded so slowly that, left to its own devices, it would have taken 100 years to fix just the existing problems," the tribes wrote in their brief. The Supreme Court will will post the transcript from the hearing later on Wednesday afternoon. Audio will be posted on Friday. An Opinion on Treaty Rights:
Dow Constantine [King County Executive]: On salmon, the tribes should beat Washington at the Supreme Court (Crosscut April 18, 2018)

Tribal advocates have described the Supreme Court's current term, which began last October, as unusually busy. They have dedicated an enormous amount of time and resources (and money) responding to dozens of petitions, far more than any seen in recent years. Tobi Merritt Edwards Young, a graduate of Dartmouth College and the University of Mississippi School of Law, will be seeing that action from afar. She isn't due to start working for Gorsuch until July, after the end of the current term. “I hope that if other Chickasaws read about my experiences, they will recognize that nothing stops them from pursuing any dream that they have too,” Young said in the tribe's press release. “Somebody from where they are from is going to be working every day at the Supreme Court, and there’s no reason that there shouldn’t be many more to come.” Young is indeed breaking ground in more than one way. According to a study conducted by Tony Mauro in The National Law Journal, 85 percent of Supreme Court law clerks since 2005 have been White and men are more likely to be hired than women. And though Young, whose clerkship will last a year, is new to the Supreme Court, it's not entirely unfamiliar territory for her. Her husband, Evan, served for the late Antonin Scalia, whose record on Indian law has been deemed the polar opposite of Gorsuch's. Scalia's passing in 2016 opened the door for Gorsuch's eventual nomination. Young previously served as a clerk for a judge on the 10th Circuit and was hired at Gorsuch's recommendation, according to the tribe. She currently works as general counsel for the George W. Bush Foundation, which was set up by the former president, whose mother Barbara, passed away on Tuesday at the age of 92. During the Bush administration, Young worked as an attorney for the White House. Clerks on the Supreme Court help justices by conducting research, making recommendations on which cases to hear and preparing drafts of opinions.

Jam out with the justices! Listen to lawyers! No, really, these are important U.S. Supreme Court cases.
Join the Conversation
Advertisement