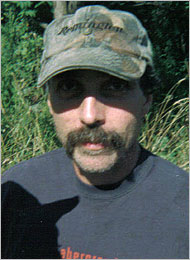 A Seneca man from New York has eluded police for five months, leaving a trail of violence as he moves across the state. Ralph J. Phillips, also known as Bucky, escaped from a county jail on April 2. The 44-year-old man, who is said to have grown up on one of the Seneca reservations, only had 10 days left on a 90-day sentence for parole violations. Since his escape, police say he shot two state troopers on August 31. One of the troopers died. He is also considered a suspect in the shooting of another trooper on June 10 and in a robbery. Phillips has a long criminal history and has been in and out of prison several times. But friends and family say he never committed acts of serious violence despite his checkered past. Get the Story:
After Years Behind Bars, Now a Life on the Run (The New York Times 9/8)
pwnyt