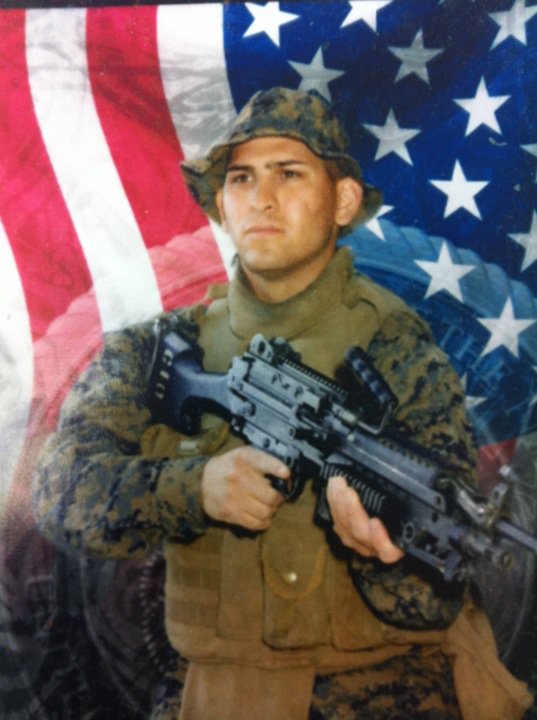 Joe M. Jackson, a member of the Gila River Indian Community who was killed in Afghanistan, was buried on the Yakama Nation in Washington on Wednesday. Jackson, 22, was killed by an improvised explosive device on April 24. He was awarded the Purple Heart and buried with full military honors. "He had a focus and he was self-directed and he wouldn't let anything get in his way," high school counselor Joel Tannehill said at the funeral, The Yakima Herald-Republic reported. "I just had such respect for him." More than 300 people attended the services. Some came as far away as Gila River, where Jackson's biological family lives. Jackson was raised mainly on the Yakama Nation, where his foster parents live. His foster father is Shawn Marceau, a member of the Blackfeet Nation, and his foster mother is Fay Marceau, from Yakama. Get the Story:
Remembering Marine Lance Cpl. Joe Jackson-- 'A great young man' (The Yakima Herald-Republic 5/5)
Marine from Camp Pendleton who was killed in Afghanistan is buried in Washington state (The Los Angeles Times 5/4)
Funeral for Fallen White Swan Marine (KAPTV-TV 5/4) Related Stories:
Joe Jackson, Gila River man, killed serving in Afghanistan (4/26)
Join the Conversation