Review: Louise Erdrich draws in readers for 'The Round House' 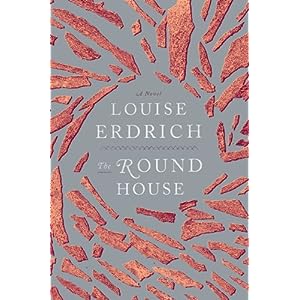 "In the jarring opening to Louise Erdrich's beautiful new novel, "The Round House," a Native American boy learns that his mother has been brutally, and mysteriously, attacked. The assault raises troubling concerns regarding hate crimes against Native American women and who is responsible for solving them. The victim, Geraldine Coutts, is a member of the Ojibwe tribe, and happens to be married to a tribal judge. Following the attack, questions arise about whether the attacker was Indian or white, and whether the assault occurred on federal, state or tribal land. Geraldine, meanwhile, has sunk into an impenetrable depression and is reluctant to talk; as her 13-year-old son Joe, our narrator, tells us, she "floated off, so that we didn't know how to retrieve her." Joe, frustrated with the glacial investigation, sets out to settle matters for himself." Get the Story:
'The Round House,' by Louise Erdrich (The San Francisco Chronicle 10/8) Related Stories:
NPR: Q&A with Louise Erdrich on law and order in Indian Country (10/3)
Review: Louise Erdrich crusades for justice in 'The Round House' (10/3)
Review: Louise Erdrich explores justice issues for 'Round House' (10/1)
Join the Conversation