President Barack Obama signs S.47, an update to the Violence Against Women Act that recognizes tribal authority over certain non-Indian offenders in certain situations, during a ceremony at the Department of the Interior in Washington, D.C., on March 7, 2018. Photo: National Congress of American Indians
Law | National | Politics

Friday, March 8, 2013
Tribes have an "inherent" right to protect their people, President Barack Obama said as he signed S.47, a bill to reauthorize the Violence Against Women Act, into law on Thursday. The new law recognizes tribal jurisdiction over non-Indians who commit domestic violence offenses on reservations. Obama said the historic provisions will help protect American Indian and Alaska Native women. "Indian Country has some of the highest rates of domestic abuse in America. And one of the reasons is that when Native American women are abused on tribal lands by an attacker who is not Native American, the attacker is immune from prosecution by tribal courts," Obama said at a ceremony at the Interior Department in Washington, D.C. "Well, as soon as I sign this bill that ends," Obama added. "Tribal governments have an inherent right to protect their people, and all women deserve the right to live free from fear. And that is what today is all about." 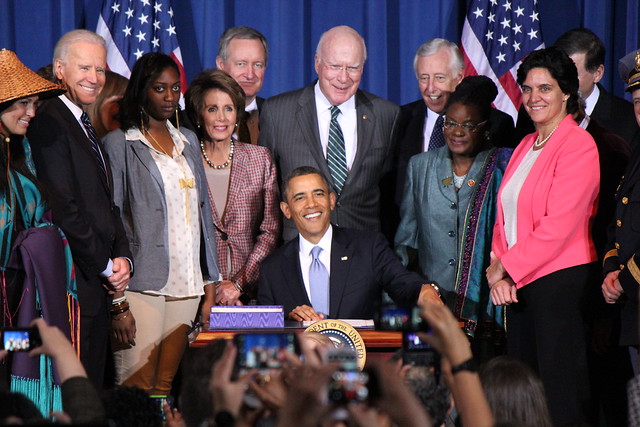